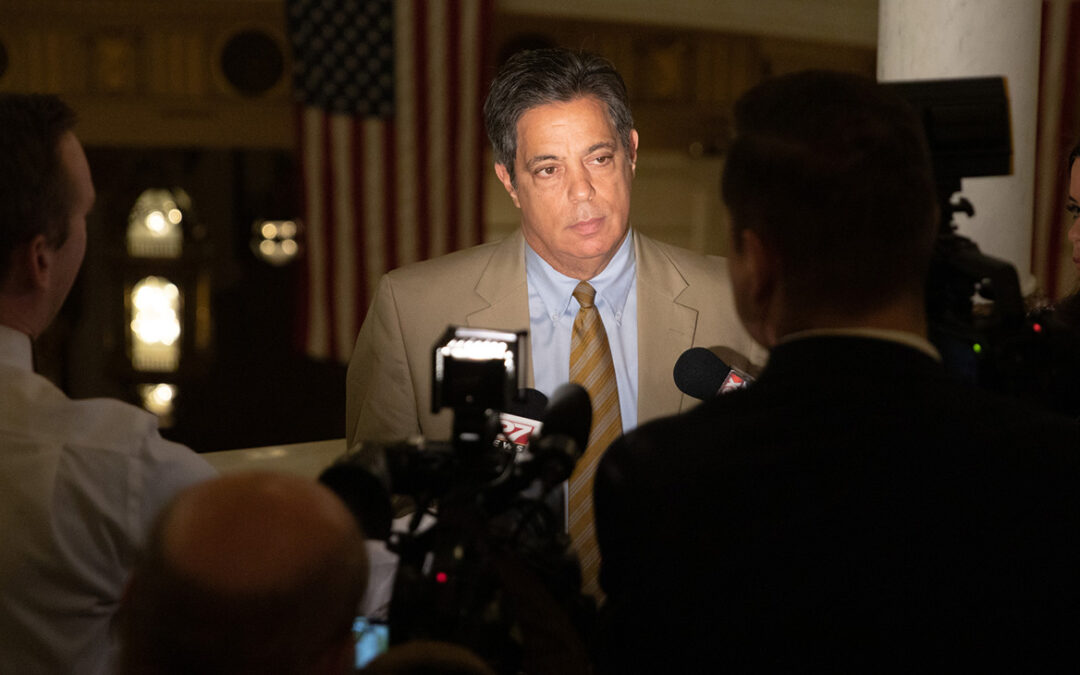 Senator Mastriano is guilty of encouraging yesterday’s coup attempt in Washington and inspiring its violent actors with his words and actions since November.

I support the First Amendment, and Senator Doug Mastriano has that right as well. However, as a public servant and sitting Senator – he, and all members of this body, must be held to a higher standard. For this reason, I am calling on him to resign. The residents of the 33rd senatorial district deserve to be represented by someone with a higher regard for this nation, its laws, its judicial system and its government.

Senator Mastriano has shown a disregard for the rule of law; and as former President John Adams said “we are a nation of laws.” Our elected leaders and government officials are bound by oath to respect and uphold those laws.

I strongly believe that Senator Mastriano’s cumulative conduct over the last three months is unbecoming of a member of the Pennsylvania Senate. Since November, Senator Doug Mastriano has been a loud proponent of Donald Trump’s anti-democratic conspiracy theories. He has questioned the integrity of our elections without evidence, wasted taxpayer resources with sham hearings that claimed fraud without proof, and yesterday he was intimately engaged in the protest at the nation’s capital that ultimately turned into a violent breach of the U.S. Capitol building.