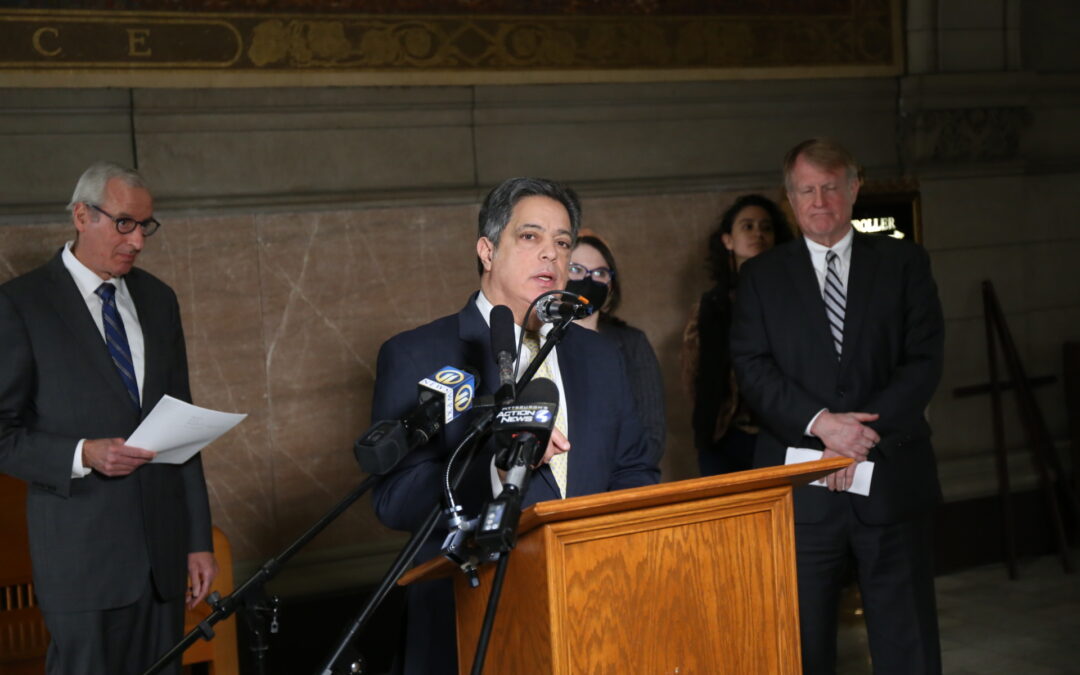 Currently, the state’s Clean Indoor Air Act allows smoking inside casinos, private clubs and certain drinking establishments. But if passed, Frankel and Costa’s legislation would eliminate those exemptions and expand protections for the employees inside those businesses.

Specifically, the Protecting Workers from Secondhand Smoke Act would:

Frankel noted that pandemic restrictions eliminated smoking in casinos for a year amid a host of other challenges, and the industry revenues remained strong.

“Let’s put to rest the myth that customers won’t come if they can’t smoke indoors. That didn’t happen when smoking was banned on airplanes. It didn’t happen when smoking was banned in restaurants, and it won’t happen when indoor smoking is finally eliminated in casinos,” Frankel said, adding that Parx, the commonwealth’s top revenue-generating casino, is not only keeping the smoking ban in place, but they’re now expanding to open a new, non-smoking location. “If we cannot count on private businesses to do the right thing even when it’s the financially smart thing, then it’s time for political leaders to step in and insist on the protection of the health of our constituents.”

Costa noted that the percentage of people who smoke cigarettes has dropped to an all-time low, because the public understands how unsafe it is. He urged his colleagues in Harrisburg to take this opportunity — when the people are unusually focused on the public health — and update the Clean Indoor Air Act.

“Going to work shouldn’t increase someone’s risk of cancer or lung disease, but that is exactly what happens to the men and women who work in casinos. Indoor smoking exceptions at these facilities are unsafe for workers and non-smoking patrons,” Costa said. “Clean air is a right and that’s why I’m introducing this legislation again with my colleague Representative Frankel.”

Allegheny County Executive Rich Fitzgerald, who also gave remarks during Wednesday’s bill announcement, praised the lawmakers for their years of dedication on this topic.

“We commend Senator Costa and Representative Frankel for their continued efforts to further safeguard workers from the dangers of secondhand smoke and urge the legislature to take action on this legislation now,” said Fitzgerald. “Because of the pandemic, we know that businesses that previously suggested that their survival was tied to smoking can actually thrive in a no-smoking environment. In a market where there are great employment needs, offering opportunities for potential employees that also protects their health is a no-brainer.”

Currently, smoking is permitted at more than 1,800 locations in Pennsylvania. Molly Pisciottano, who spoke at the news conference on behalf of Breathe Free, a coalition of organizations including the American Heart Association, Americans for Nonsmokers’ Rights, American Lung Association and American Cancer Society Action Network, referenced a CDC estimate that of 20 million people who died from smoking-related conditions since 1964, 2.5 million were nonsmokers who died from diseases caused by exposure to secondhand smoke.

“The research is clear: gaps in current law have significant health consequences for workers,” said Pisciottano. “Employees should never be asked to accept that kind of risk so that they can put food on the table.”