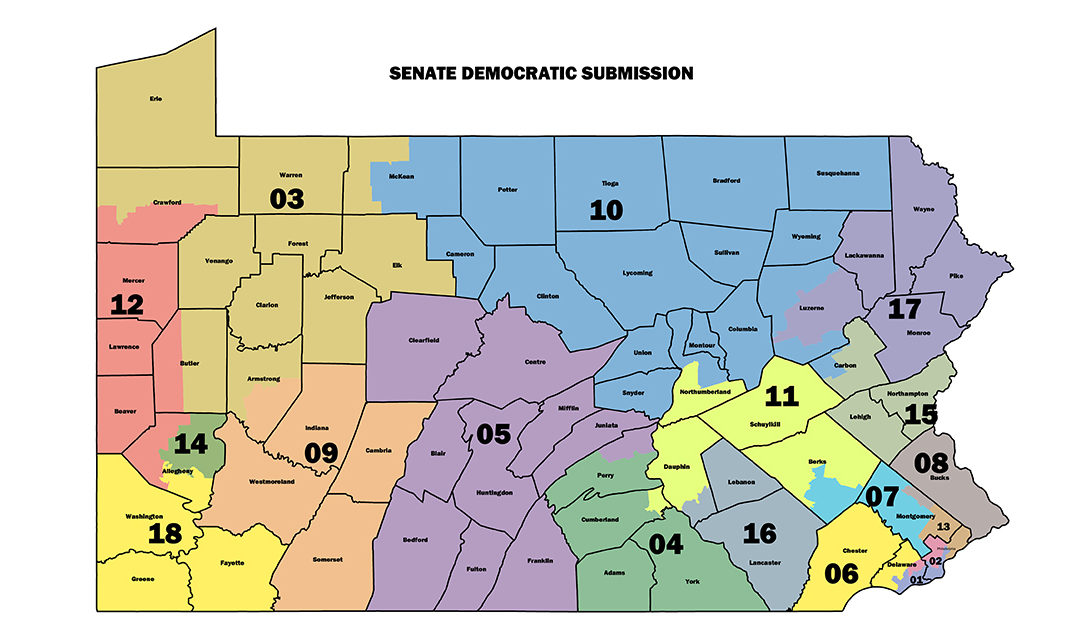 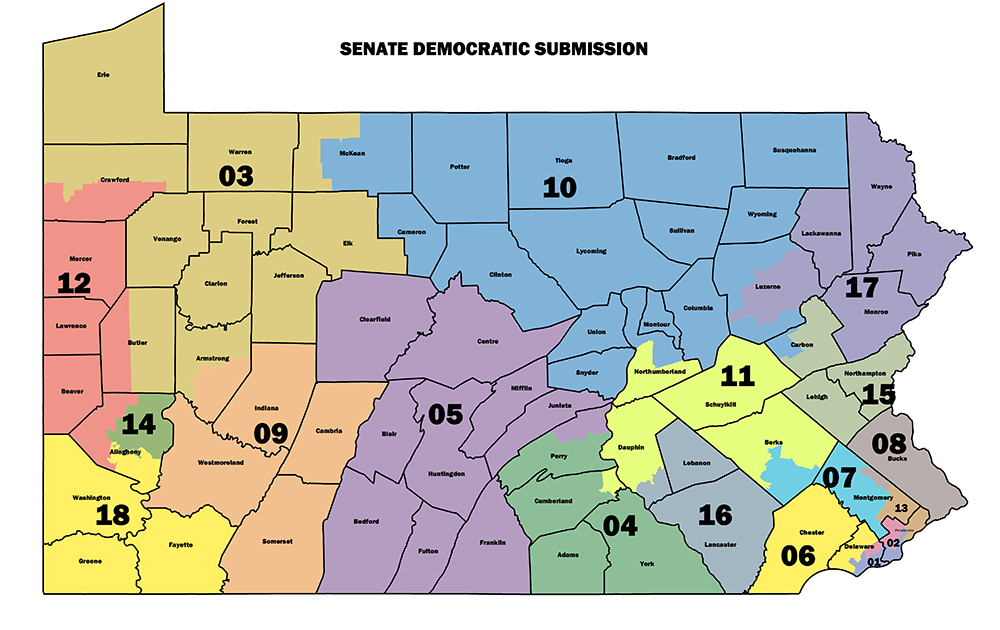 “Senate Democrats submitted an excellent congressional redistricting plan to the court today. It meets the key elements of constitutionality identified by the court. The plan includes far less municipal splits than the Republican submission or the 2011 plan, adheres to the requirements of the Voting Rights Act and eliminates voter confusion by not moving any incumbent member of Congress who is seeking re-election this year or anyone who is involved in a special election.

“The previous map that was thrown out by the court was a jumbled mess that made no sense to the voters and was generally thought to be the worst congressional gerrymander in the country. The map Senate Democrats sent to the court today rectifies the many problems that were identified by the court and independent observers and is far superior to the map submitted by Republican leadership.”

Highlights of the Senate Democratic map: