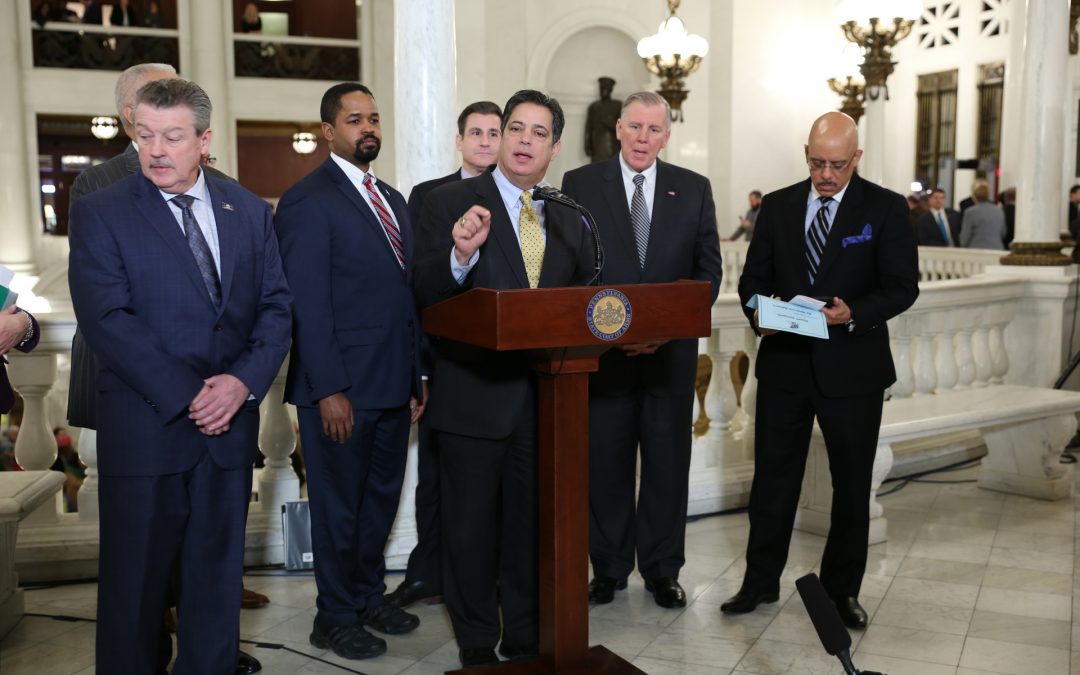 “The governor offered a responsible spending plan and a blueprint for reinventing government,” Costa said. “The approach utilizes consolidations and efficiencies to cut more than $2 billion in expenses to balance the $32.3 billion plan.

“Pennsylvania faces a $3 billion budget hole and there is no appetite for broad-based tax increase so the governor devised a responsible alternative that is a balanced and fair starting point.”

The Democratic Leader said the upcoming budget hearings provides an opportunity for Senate Democrats to weave their priorities such as jobs, education, health care and property tax relief into the final fiscal year budget.

Costa said that Wolf’s plan employs a strategy for significantly changing state government. He calls for the consolidation of four agencies, the closing of a prison and the streamlining of operations in an effort to trim costs by $250 million.

Importantly, Costa said, the plan also provides for increases in education and a focus on issues important to the middle class. The budget calls for an increase of $100 million in basic education, $75 million more funding for pre-K and $25 million for special education.

“Senate Democrats believe that we must invest in education and job creation,” Costa said. “The plan is a starting point and a foundation for even more in-depth discussions on economic development and helping our schools.”

Costa said that the governor also tapped into a priority of Senate Democrats through his call to increase the minimum wage to $12 per hour. He said that not only does this increase help those who are struggling to make ends meet, but it generates $95 million in revenues to help balance the budget.

“Minimum wage workers deserve a raise,” Costa said. “It makes economic sense and is the responsible thing to do.”

The proposed budget increases spending by 1.8 percent. The plan includes new revenues such as a responsible Marcellus Shale extraction tax. Under this governor’s plan, the severance tax would generate $293 million more in revenues, while the local impact fee payments that are currently made to municipalities would credited.

Another focus of the plan is an effort to combat opioid abuse, Costa said. The governor has called for an extra $10 million to expand access to naloxone for first responders and there is another $3.4 million to expand drug courts.

The Senate begins three weeks of budget hearing on Feb. 21.