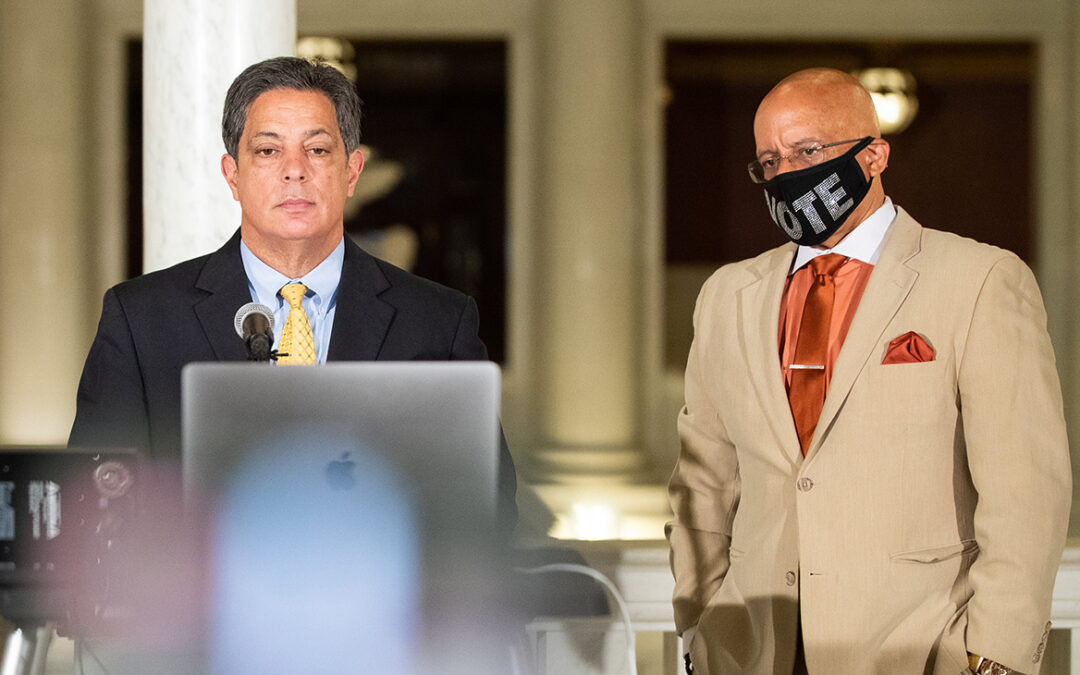 Earlier this year, Pennsylvania received nearly $4 billion from the federal government’s Coronavirus Aid, Relief and Economic Security (“CARES”) Act. In May, Democrats and Republicans worked together to drive out $2.6 billion of the federal funds to provide much needed aid to struggling Pennsylvanians. Since that time, Senate Democrats have strongly advocated for driving out the remaining $1.3 billion and released their own proposal for spending the remaining funding to provide additional relief. Unfortunately, Republican leadership in the House and Senate refused to act on another round of funding before recessing Oct. 21.

“It is unconscionable that Harrisburg Republicans would adjourn the General Assembly and leave town without acting on another round of CARES funding for Pennsylvania families and businesses,” Sen. Costa said. “For months Senate Democrats have been pressing for the release of the remaining $1.3 billion in CARES funds. I’d say House and Senate Republicans ignored us, but the reality is they ignored hurting Pennsylvania families. They ignored Pennsylvania’s small business owners that are hanging on by a thread. They ignored our hospitals, our schools, and our social service providers. Republican inaction is going to lead to more unnecessary suffering and lengthen Pennsylvania’s economic recovery. It’s shameful.”

“At a time when Pennsylvanians need real, bipartisan leadership, Harrisburg Republicans have failed miserably,” Sen. Hughes said. “House and Senate Republicans have been singularly focused on criticizing Governor Wolf for his handling of the pandemic, but when they had a chance to make an impact, they did nothing. They left $1.3 billion sitting in the state treasury and went home. Now, that money will sit there for weeks as more small businesses close, more child care providers struggle to stay afloat, and more families stay up at night wondering how they will pay their bills. It didn’t have to be this way.”

Similar inaction on a federal level has ended all talks of stimulus aid before the Nov. 3 election, leaving families, small businesses, front-line workers and many other vulnerable populations without much-needed aid. Costa and Hughes pointed to politically-motivated federal inaction and severely misplaced priorities by House and Senate Republicans, who the entire summer and fall politicizing the pandemic and Pennsylvania’s response to it rather than working with Democrats to drive out CARES funding.

“Throughout the summer and fall, we’ve watched House and Senate Republicans hold partisan hearings, pass politically-motivated legislation, and waste precious time on veto overrides that they knew would fail,” Sen. Costa said. “If they spent even a fraction of that time focused on helping people, I have no doubt we would have reached a consensus on spending the remaining $1.3 billion in CARES funds. Instead Republicans opted for political theatre.”

“All summer Republican Senators and Representatives stood at press conferences with small business owners and organized rallies to protest Pennsylvania’s response to the pandemic,” Sen. Hughes noted. “But when the press conferences and rallies ended, and the time came to help these same folks they claimed to be fighting for by driving out $1.3 billion, Republican legislators did nothing. They got their press release or their TV clip and the folks that stood with them were left without any help. Again. We cannot wait any longer to push out aid. Our plan must be on the agenda in November.”

The Senate Democrats again shared their plans in hopes that the Republican-controlled General Assembly would understand the immediate need of providing aid to vulnerable Pennsylvanians immediately. The Senate Democratic plan includes:

If you missed the press conference, you can watch the full event here. For more information on the Senate Democratic proposals for the first or second allocation of CARES funds, please visit pasenate.com/pacares.