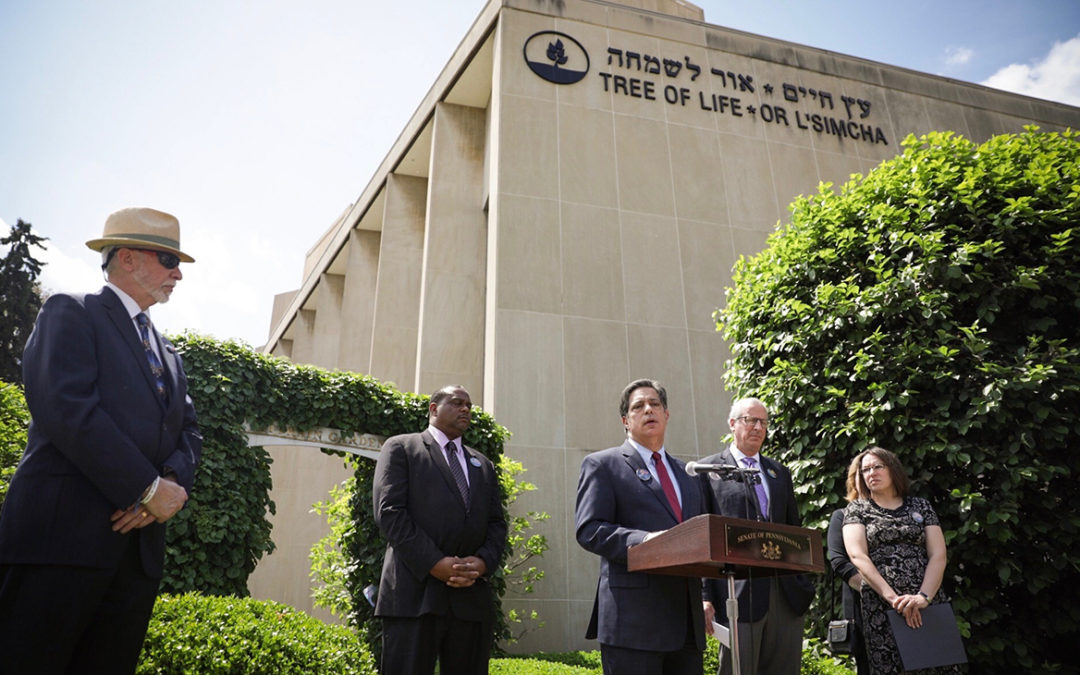 Harrisburg, PA − October 23, 2019 − On Tuesday, the Pennsylvania Senate added an amendment to House Bill 859 that would provide $5 million in grants for community and religious spaces to improve their security.

“This is about taking the next step to do what needs to be done by making available resources to protect our communities and those who want to worship freely in a safe way,” said Senator Costa. “As we approach the first anniversary of the tragedy in Squirrel Hill, I’m glad that we can report to our constituents that we are addressing their safety.”

The amendment received unanimous support in the Senate, it is expected to be voted on final passage on Wednesday.

Following an affirmative vote, it will move to the House for its final consideration before heading to the Governor’s desk.

“Houses of worship are places of refuge for many, and we must do everything we can to ensure that Pennsylvanians can feel safe in their spiritual homes,” said Representative Frankel. “Our constituents – particularly those who were affected by last year’s horrifying attack – have a right to feel secure as they go about their lives.  This funding is one of several ways we are working to protect that right.”

In June, Senators Costa, Andy Dinniman and Judy Schwank introduced legislation called “Tolerance, Respect and Understanding,” (TRU, Senate Bill 676) which was the impetus for this amendment in the Senate

Senate Bill 676 was modeled after the new School Safety and Community Violence Prevention Grant Program (Act 44 of 2019) and its language is reflective of that in federal Hate Crime Prevention Act, designed to protect institutions that are targets of actions fueled by hate. The legislation was twofold: establishing a Pennsylvania Nonprofit Security Grant Program to provide security improvements for facilities used by faith-based organizations and supporting community-based conversations and events that create an atmosphere supportive of tolerance, respect, and understanding.

“I’m glad that legislation served as a starting point for today’s amendment, and combatting hate is not easy, but today we are doing something that I believe we can prevent the next tragedy,” said Senator Costa.