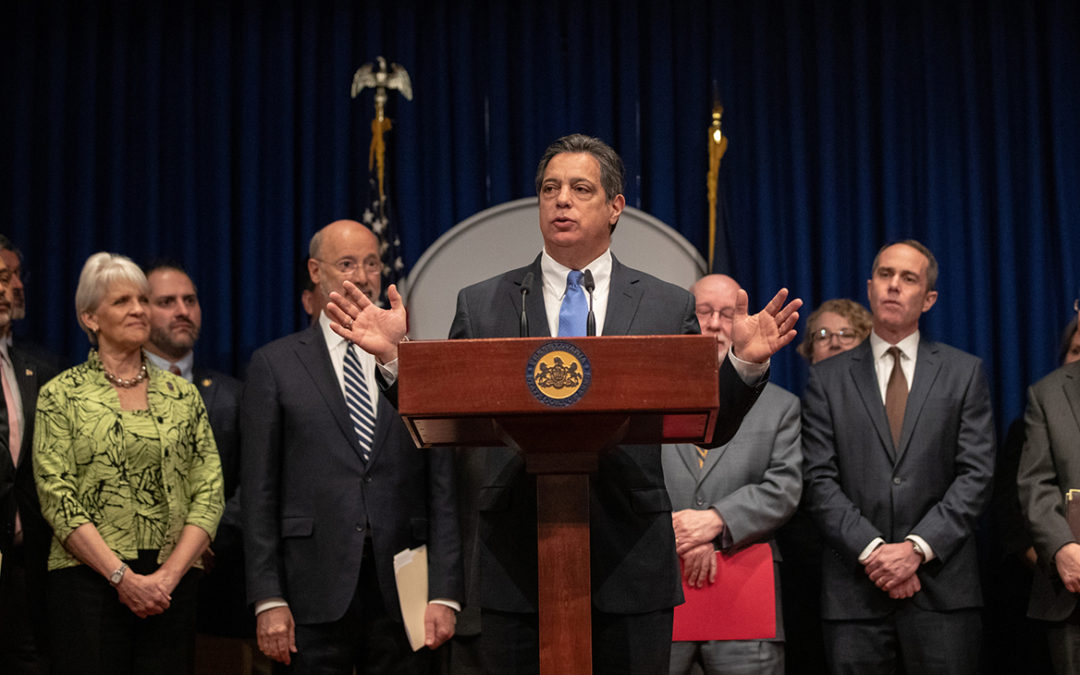 Harrisburg, PA − April 29, 2019 − At a press event earlier today at the State Capitol, Pennsylvania Governor Tom Wolf announced his decision for the state to join the U.S. Climate Alliance, and offered his support for Senators Steve Santarsiero and Art Haywood’s Senate Bill 600.

The United States Climate Alliance is a bipartisan coalition of governors committed to reducing greenhouse gas emissions. Led by state governments, the alliance facilitates state cooperation to accelerate the deployment of climate solutions to help each state achieve its climate goals.

“We’ve seen lately even more evidence that there is a need for leadership on climate change. For that reason, Pennsylvania will join the U.S. Climate Alliance, a bipartisan coalition of 24 governors, representing over half of the U.S. population to work to implement policies that uphold the commitments our nation made in the Paris Agreement,” said Governor Wolf.

“Make no mistake, when the history of our era is written, global climate change will be identified as the number one issue,” said Senator Santarsiero. “Future generations will judge us based on what we do or don’t do on that issue. Passing SB 600 is a critical step if we’re going to make Pennsylvania a leader in combating global climate change.”

“In spite of rapid global climate change, the federal government is moving to deregulate and lessen the protections we have for our air and water,” said Senate Democratic Leader Jay Costa, Jr. “We must do everything we can at the state level to protect this planet. That means joining the US Climate Alliance and pushing legislation like SB600.”