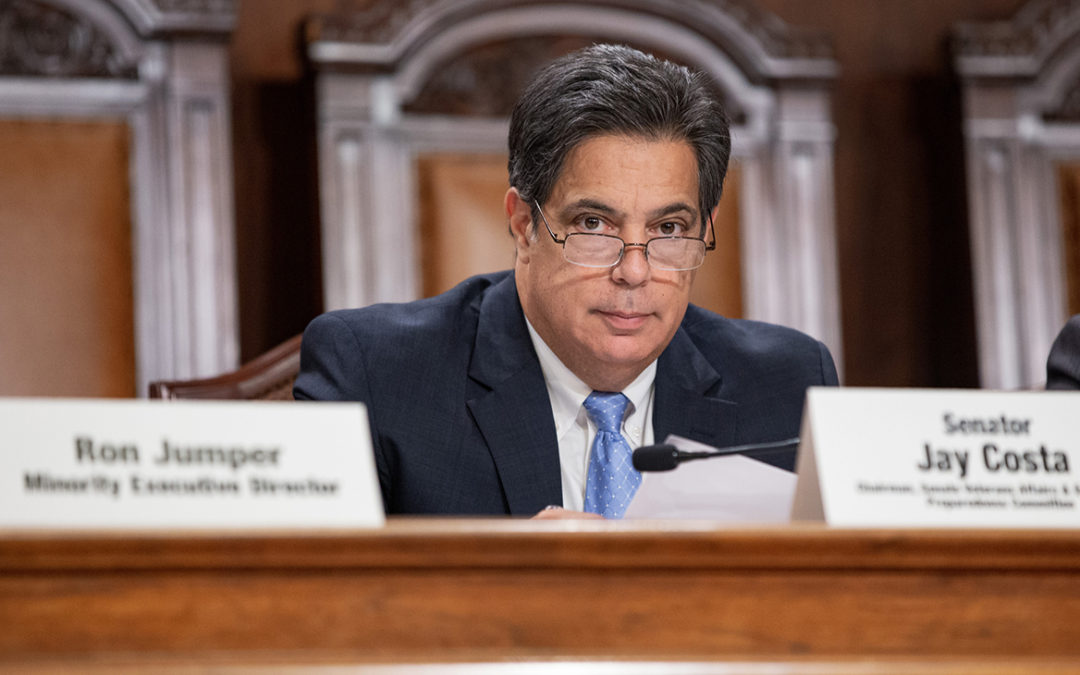 HARRISBURG, December 3, 2018 – The Democratic leaders of the House and Senate will both serve on the bipartisan Pennsylvania Redistricting Reform Commission formed by Gov. Tom Wolf and they intend to participate fully in the panel’s work.

Sen. Jay Costa and Rep. Frank Dermody look forward to helping in a comprehensive review of Pennsylvania’s redistricting process and offering recommendations later in 2019 to improve its integrity and fairness.

“The commission has no authority to change state law and will simply be offering ideas for the governor and legislature to consider using during the redistricting process,” Dermody said. “That’s a worthy purpose and we’re proud to join Governor Wolf’s appointees in undertaking a serious effort that will offer needed perspective.”

“A key part of the group’s effort will be getting citizens to engage in our work. For too long they have felt shut out of a meaningful role in redistricting,” Costa said. “The upcoming work of the commission will prioritize hearing what the public has to say.”

Wolf established the commission with an executive order last week and appointed 11 of the 15 members. The remaining four slots are for legislators chosen by the respective leaders of the four legislative caucuses.

Wolf also named David Thornburgh of the Committee of Seventy in Philadelphia to lead the commission and gave the group nine months to do its work and produce recommendations.

Costa and Dermody were puzzled by the initial hostile reaction of Republican leadership.

“This is an important assignment and it should be completed in a non-partisan spirit as the governor envisions,” Costa said.

“We hope our Republican colleagues will listen to the many people who are excited about this work and then decide to take part,” Dermody said.