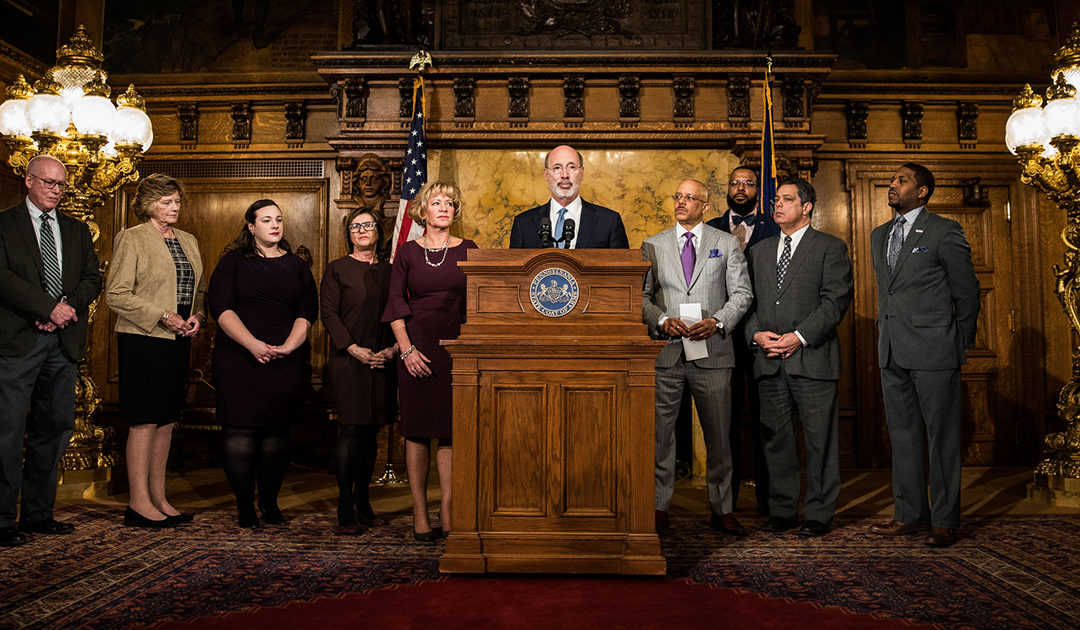 HARRISBURG, March 26, 2018 − Top Democrats in the House and Senate embraced Gov. Tom Wolf’s pledge of support for their ongoing efforts to reform the way political campaigns are paid for in Pennsylvania.

“Our democratic form of government is designed to be deliberative and to allow many different points of view to be heard. But the influence of big money has tainted the process so much that most people today don’t believe their government truly works for them,” House Democratic Leader Frank Dermody said.

“Elections in Pennsylvania should be decided on the merits of a candidate and their platform, not by the depths of their pockets,” said Senate Democratic Leader Jay Costa. “Votes cannot and should not be bought; that’s why we need finance reform.”

Costa and Dermody have spoken to Wolf about campaign finance reform and both said the governor’s commitment to reducing the unfair influence of special interests is sincere.

The two Democratic leaders introduced twin campaign finance reform bills last year in the Senate (S.B. 11) and House (H.B. 1332) aimed at better reporting of donations and limiting the size of political campaign contributions. Neither measure has received a hearing in committees controlled by the current Republican majorities.

Currently, Pennsylvania is one of a small number of states that have no legal limits on contribution amounts by individuals or political action committees.

“Our government is gridlocked in many ways by the flood of money and influence from special interests that often seek only to block sensible ideas that have wide popular support. We need to level the playing field so the people who write laws for our state listen and respond more to the people of Pennsylvania, not just the special interests,” Dermody said.

“Democracy works best when it’s inclusive and representative of the entire electorate, not just of those wealthy enough to fund a campaign,” said Senator Costa. “My bill and Representative Dermody’s bill to limit political contributions will make campaigns fairer and more accessible to middle-class Pennsylvanians, ensuring their voices are heard.”